Perceptual Discrimination And The Science Behind What We Think We See

To illustrate this consider that great perceptual discrimination allows you to differentiate friend from foe in the heat of the battle when distraction and a fast-evolving situation is the norm or perceive an opportunity from a threat in a fast-moving, complex fluid and therefore stressful business situation.

There are several cognitive elements that go into creating the attribute of perceptual discrimination. They are included in the umbrella terms: Priming, Learning and Visual Acuity. 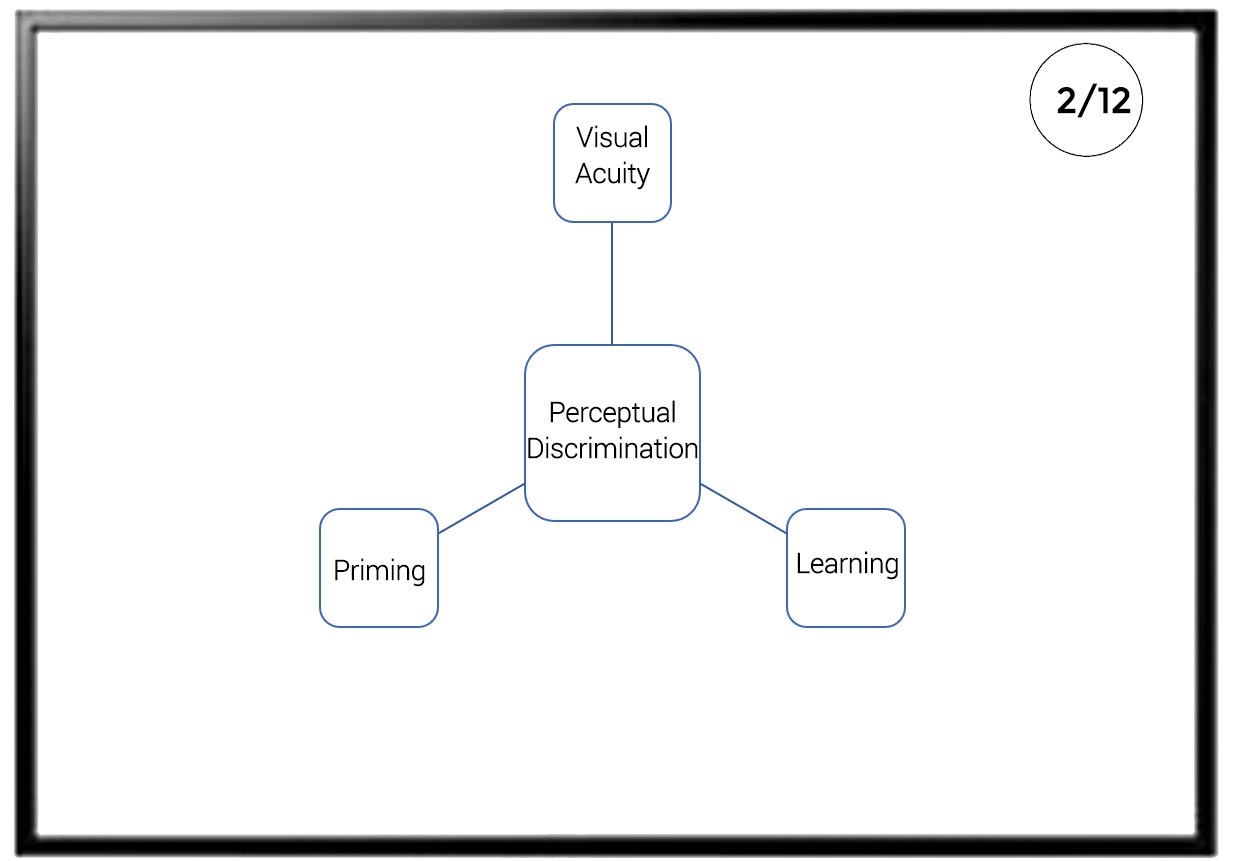 Priming is the brain’s warm-up system. A lot of it happens subconsciously, like the heightened sense of alertness you experience when you find yourself going through a bad neighborhood late at night. But it can also be triggered by exercising situational awareness and understanding when to be mentally alert and on the lookout and when to chill and relax.

In The Sniper Mind, I gave the example of the coin test. It’s a simple way to see how the brain’s priming (or precuing) mechanism works.

Take a coin and throw it over your shoulder somewhere behind you where it will be within eyeshot. Then turn around and try to find it, time it to see how long it takes you to find it. Now change location (to keep yourself honest). Take the exact same coin and throw it on the ground in front of you. Look at it so that the brain can see what it looks like when it is on the ground. Then repeat the experiment of throwing it over your shoulder as before. Once again turn around and try to locate it. Time to see how long it takes you to see it this time.

Nine out of ten times the amount of time it takes you to find the coin is shorter by a factor of at least two. The reason for this is learning. By looking at the coin in front of you the brain stores in its memory how its angles look on the ground, the way it reflects light and how its edges differentiate from the ground. When you throw it over your shoulder and then turn to look for it the brain scans the ground just like before but now it is forearmed with the information that allows it to discriminate what it perceives from the general noise of the background. This is why you find it faster.

Throwing the coin in front of you first and absorbing how it looks on the ground is a classic example of priming the brain for the task it will have to perform. Other studies have shown that perceptual discrimination can be applied to stimuli that induce pain in order to accurately determine intensity and location and that the knowledge acquired through training in this can be applied to other examples where perceptual discrimination is required.

Another example is seeing red cars everywhere on the road after being told that red cars are a rarer color than every other type of car. At a practical level consider how perceptual discrimination of sounds can help dyslexia sufferers overcome their handicap. And how meditation which has been scientifically proven to help the brain better organize its thoughts, helps improve perceptual discrimination in virtually every possible scenario.

We talk, of course, about visual acuity as part of perceptual discrimination but that is not always related to sharpness of vision, although the two are frequently confused. Because the brain does most of our seeing learning to truly see as opposed to just looking requires the intentional exercise of situational awareness techniques.

Consider, as one final example, how difficult it is to understand that the picture below is a close up of a shoelace if we have not previously talked about shoes or you have not encountered before and committed to memory what a shoelace looks like when it is shot close up. 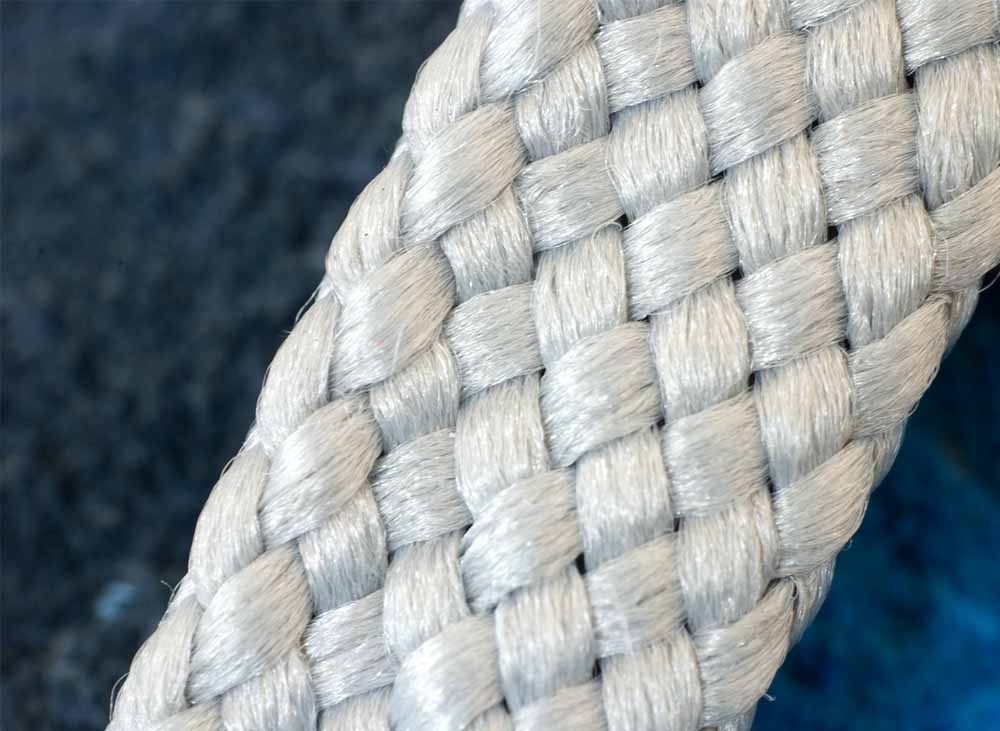 The easiest example of perceptual discrimination (and priming) applied to marketing is the iconic shape of the Coca-Cola bottle that made it immediately distinctive at a time when the world was full of glass bottles of all shapes and sizes. Prior to 1915 the Coca-Cola company marketed its beverage in straight-walled bottles, like most other drinks’ companies.

Perceptual discrimination is then a key requirement to marketers in themselves and marketing, as an activity. To marketing because by taking it into account you put in place visual and perceptual elements in your branding and marketing messaging that allow your audience to instantly understand who you are. To marketers because in order to be effective at their job they need to be able to discern what they see when they look at today’s market.

So, how do we achieve all this? Any of it? Really?

This is what we need to take into account:

You Become What You Say

That last point above is critically important. If perceptual discrimination is the ability to tell one thing from another in less than ideal circumstances then perception creates reality. Perception is affected by the words we use.

Linguist, Guy Deutscher, who’s an Honorary Research Fellow at the University of Manchester, makes the point that language affects our perception of the world when he examines how the ancient Greeks looked at the deep blue Mediterranean sky over their heads and thought it was “wine-red”, a color which Homer also ascribed to the sea and oxen even though the sea and oxen were clearly a different color from one another. His contention (and it is a deep one) is that unless we have the words necessary to describe something, that something doesn’t really exist in the way we understand it to exist.

He makes the case by discussing how “Guugu Yimithirr speakers have "perfect-pitch for directions": regardless of visibility conditions, or whether they are stationary or moving, they know where north is.” This is the same Aborigine tribe described in her TED Talk by Cognitive scientist Lera Boroditsky, who shares examples of language and establishes how they reflect the reality for those who use them.

This takes us to the Whorfian hypothesis which states that language influences thought.

Before we even go too deep into Benjamin Lee Whorf’s hypothesis of linguistic relativism which experiments have shown can be expanded to include the effects of the cultural variations in the lexical, syntactical, semantic, and pragmatic aspects of language on thought; we must look at action.

You Experience What You Do

The already well-researched placebo effect has shown us that placebos, inert medicine that encourages the body’s own healing response by activating the belief that active medicine has been taken, have a positive effect on illness. New research now also shows that patients’ brains activate the body’s healing response even when they take a placebo that they know is a placebo and therefore medically ineffective. What’s happening here is that the action of taking the placebo, even when we know is a placebo, makes the brain react differently to emotional information.

Or, as the authors of the study put it:

If the brain then tells the body to respond to something that it already knows is fake, the inference is that action corresponds to thought which corresponds to belief which reflects values. In a broader context, what we do is who we are.

This is given added depth by the fact that some smiles will produce a genuine neurophysiological response in us regardless of whether they are real or fake. This has often lent weight to the “fake it till you make it” that Amy Cuddy talks about in her TED Talk.

Even more seemingly insanely, if we take all this to its logical conclusion we have to admit that words have the power to influence thought which allows the brain to make changes that affect the body’s emotional spectrum. This then leads to direct action or indirect neurophysiological responses.

Guy Deutscher’s research on the subject showed that without a word to adequately describe something it is next to impossible to cognitively acknowledge its existence. When words can shape how you’re thinking, they shape how you’re feeling. When Queen Elizabeth I gave her famous speech to her soldiers at Tilbury on August 19, 1588 she changed their thinking, emotions, perception and reality.

The outcome of that particular event was not what military logic and numbers would have us believe it should have been.

Let’s Wrap Everything Up

If you’re a marketer the ability to linguistically define the reality of your audience in a way that allows it to connect with your brand is also how that audience learns to discriminate your message and your brand from all the other competing messages and brands that are “out there”.

In the incredibly noisy world of social media the ability to quickly recognize a signal in the noise and create sense out of seemingly chaotic situations requires advanced perceptual discrimination skills.

Do words matter? More than any of us might have thought.

Does consistency in approach in language, style and culture deliver both a learning experience for your audience and a message it can understand and respond to? Definitely.

None of this is easy of course and done at the scale of the web only serves to increase the challenge. Welcome to the complexity of the 21st century world.