Guns are understandably controversial. But maybe no more controversial than calling a book on self-development and marketing “The Sniper Mind” so bear with me as I start connecting some dots that will explain the analogy, its correlations and the emerging picture. By the end of it, I guarantee, you will have a better understanding of some fundamentals regarding shooting (even if you have never fired a gun in your life), you will be better equipped to understand the complexities of self-regulation, emotional control and complex decision making and you will have a much better idea on how to make better use of search to improve your marketing.

OK, tall order all that so I am not going to waste a lot of time with theories. Practical stuff first: a pistol is a small hand-held cannon that throws a hunk of shaped metal a particular distance. That particular distance depends upon quite a few variables but to give you an idea of the capabilities consider this video that looks at a .45 being fired at a target that’s 200 yards away.

Pistol shooting is, generally, inaccurate but that is not because pistols are inaccurate (as the video above makes abundantly clear). As a matter of fact a pistol placed in a machine grip, aimed and mechanically fired proves that it can be almost as accurate as a rifle.

If we assume then that accurate pistol shooting for a person means becoming the equivalent of the machine grip we realize that any inaccuracy in pistol shooting comes from us, directly. To understand why we need to break down the firing process into four discrete steps: 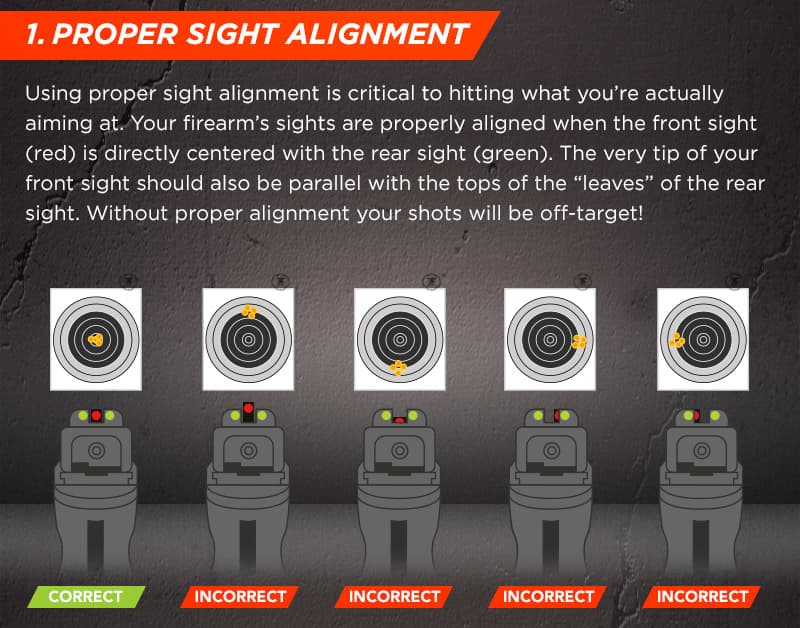 This is simple enough to be understood by everyone. So why is pistol shooting really so hard? The real answer to this lies in the explanation I gave of the pistol in the first instance. A pistol basically is a device that produces an explosion approximately 25 inches away from the face of the shooter. The explosion is followed by a recoil (physical input) and a concussion (auditory input).

Both the recoil and the concussion send a powerful signal to the brain that is processed as something to avoid. This avoidance response is a natural self-preservation reaction that is employed by the brain’s mechanism that bypasses rational, controlled thought.

It should be noted that at this point the mechanism perceives the concussion and the recoil as a threat and reacts in a completely involuntary manner.

The Paradox of the First Shot

A relatively unscientific but convincing experiment that proves this is the paradox of the first shot (which finds correlation in many other contexts in what we call somewhat inaccurately "Beginner's Luck" where either Flow Theory or the Sparrow Theory explain the phenomenon). 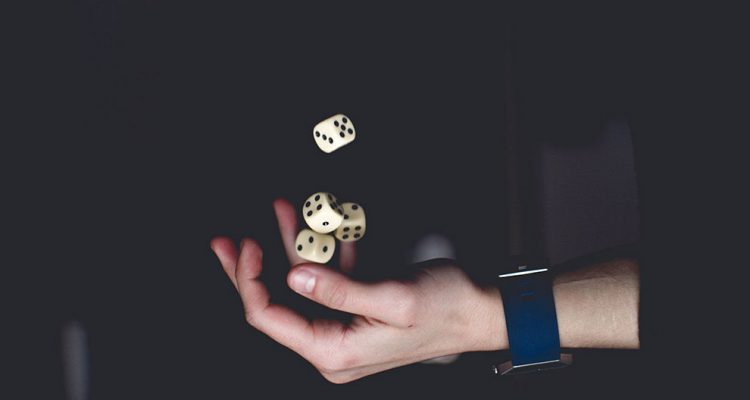 Novice shooters who have never fired a gun before but have received instruction regarding aiming, sight alignment, pistol grip and trigger control usually get their first real shot right on target. What happens next is that their performance dramatically dips.

At that point most shooting range instructors will go on about practice and shooting lots and lots of ammunition and becoming used to the gun and thinking of just putting the bullet into the target and they will be right. And wrong.

Practice, indeed will make you better. Learning not to flinch when the gun fires will help you sight faster and improve your realignment technique. Learning better trigger control at the moment the gun is fired will definitely help improve accuracy.

None of these is really what’s wrong with inaccuracy in pistol shooting.

Annette Evans, who is a former USPSA match director and competitive pistol shooter accurately describes what the issue is when she says shooting is a mental game.

This means that the problem we encounter in accurate pistol shooting after that first shot comes about because the brain now knows what will happen when we pull the trigger and tries really hard to avoid it. As a result our eyes might blink just before the shot is taken, we may move the gun away from the target without being aware of having done so, heart rate may go up, making it difficult to maintain stability with our pistol grip, we may jerk the trigger too fast causing the gun to move away from the target and we will experience an increase in stress hormones in our bloodstream.

While the effects of inaccurate shooting express themselves in specific style-dependent flaws that need time and practice to fix, the real cause is the brain’s anticipatory response to a perceived external threat. This is called reactive interference and it is a memory-based and learning-related cognitive mechanism.

In a study that examines how learning and memory interact that came out of the department of psychology of Ohio State University the authors characteristically noted:

To take this back to the problem of shooting a pistol accurately in order for the bullets to find the target we need to be able to regulate the unconscious emotions we feel that make us want to draw away from the explosion that takes place in front of our face and learn how to make the physical skills we have learnt (breath control, target alignment, trigger control and so on) work for us.

Evans writes on this almost poetically when she notes on her blog:

My self-images are beginning to merge now, so that what I know about how others see me, with all of my flaws and my potential, the “me” I secretly and not-so-secretly aspire to, and the imperfect but improving individual I see in the mirror are starting to look more and more alike. That’s a direct result of beginning the process of getting more directly on the path of giving my conscious mind faith in the ability of my unconscious competence.

It is obvious by now (I hope) that the solution to the problem is internal. Once we have acquired the basic knowledge required to hold, aim and fire the pistol everything else is in our minds. If we can fix our inner perspective we will see positive results very fast.

Where things get muddled is that the adage of “practice makes perfect” actually works. At least to an extent that is good enough to not disregard it. But here’s why it does work:

Practice makes a shooter better because it brings about habituation.

Habituation describes the progressive decrease of the amplitude or frequency of a motor response to repeated sensory stimulation that is not caused by sensory receptor adaptation or motor fatigue.

In other words habituation, in other words shooting hundreds and hundreds of bullets, makes the brain become used to the sensory and auditory inputs of firing a pistol to the point that it barely notices it. David Tong, who also does competitive shooting makes that exact point in his blog about practice versus “Zen” in shooting.

A decrease in emotional reaction to the stimulus of a pistol being fired begins to improve all other factors associated with the act which brings about an increase in accuracy. That still does not completely solve the problem however. Why not? Because despite having ‘fixed’ the technicalities the issue of “faith” and “mental image” and “self” all the things, in other words, that are directly associated with the struggle between our inner world and the external one are, indeed, part of a deeper Zen journey.

Frank Higginson, a competitive pistol shooter who set records in the 70s that remain to this day once said, "In shooting, you learn more about yourself than any other sport."

You probably expect here an overt correlation between shooting and aiming and hitting targets and marketing but it is not as simple as that. Obviously the first take away you need here, as a marketer or a brand manager, is the alignment of internal and external values. The closing of the gap between inner and outer self that Evans describes reduces dissonance and allows her to focus on what is really important (in her case getting her gun to fire and the bullet to hit the target).

In marketing and search this comes down to an economy of effort when it comes to projecting specific values and finding the connection point with your target audience. That’s a long-term strategy that produces consistency and real connections and actually does lead to the building of a relationship with those you hope to do business with.

While true, here, all this is incidental. The real correlation comes from a more academic study from IBM’s Haifa Research Laboratory. Under the title “Reactive Rules Inference from Dynamic Dependency Models” it outlines ways to define ontology representation in entity interdependent models.

In the plainest English possible this means that in any real-world model an entity cannot exist in a vacuum. The gun, the shooter and the target (to use our pistol shooting example) are all entities that affect each other in specific ways and which can also affect each other in unspecifiable but still observable ways.

The paper suggests that just as the action of shooting a pistol can be broken down into the four steps of:

So can every other action be it one of marketing or search in a form of analysis called Active Dependency Integration (ADI) model. ADI breaks relationships between entities into three steps:

An idea of what an Active Dependency Integration (ADI) model looks like is given by the diagram below: 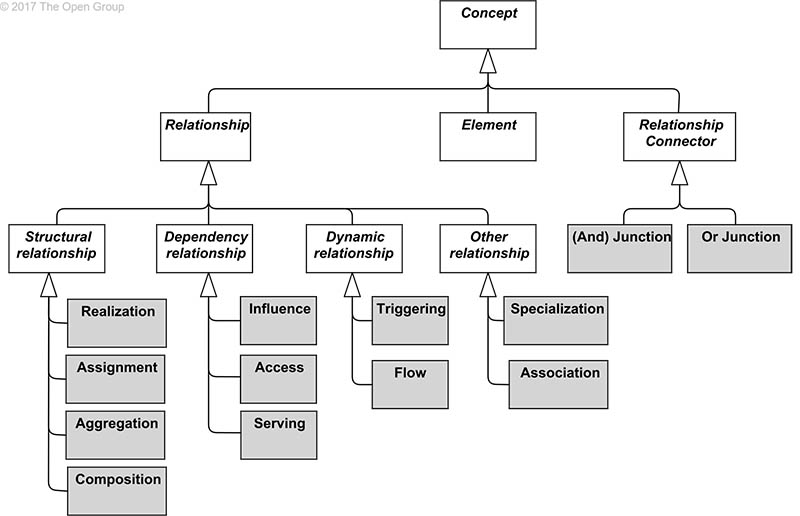 Because the model is dynamic it takes into account elements that are crucial and yet subject to change, like when in an ongoing marketing campaign uses a brand (entity 1) to appeal to a specific segment of the audience (entity 2) by focusing on specific values (a.k.a. attributes – and for an introduction to the relationship between entities and attributes click here) in order to achieve greater market share (effect).

Input events such as sales, promotions, special offers, content marketing and so on will affect the system made up between the interdependent entities represented by the brand and its audience in ways that have to be clearly understood in order to get to the desired outcome of greater market share.

Most problems faced in search engine optimization, marketing and decision making today are complex. Their root often hides behind observable data that provides some correlation without it being the real cause. To understand the real cause we need to break down the causes of behavior understand them and then work to resolve the issues that lead to the mistakes we observe. That places us in a better path to getting the outcomes we want.