Analysis of a Meltdown

Almost everyone of us has been witness to that moment when a beleaguered mother at a supermarket checkout queue refuses to allow her toddler to grab whatever commands its cognitive horizon and, as a result, finds herself having to deal with a full-blown meltdown.

Kids experience these events as part of growing up. They scream, kick and create as much of a fuss as their still developing lungs permit because they realize that the picture of the universe they form is not quite as subject to their whims as they may have been led to believe by their understandably adoring parents.

We all feel this is part of growing up which is why it becomes really hard to understand, much less excuse this kind of behavior when it’s from an adult who then goes on to make things worse by writing about it like it’s no biggie. Young Adult Fiction writer Kathleen Hale lost it big time back in 2015 when she was triggered by a Goodreads review she felt did her book injustice and then went on to become the internet’s least liked stalker.

Her excuse (because she hadn’t read my piece on reviews, writers and reviewers) was that “The internet kind of drove me crazy” which, she went on to suppose, is a thing that happens to most ordinary people at some point, on the internet. But that’s not really it at all. Psychology tells us that meltdowns, typically the prerogative of teenagers, happen when an inexperienced brain is overwhelmed by a particular challenge and the expectation that surrounds it.

At this point the temptation to harshly judge Kathleen Hale usually becomes overwhelming. If you do (and I understand how strong the impulse is) understand that the reasons you’re doing it are other than the ones you think. Let me enlighten you.

All of this is running through your head in some kind of measure and my preface to it all, here has contributed to it. I reasonably pointed out the initial scenario of a meltdown involving a toddler adding vibrancy drawn from direct experience. I then supplied links to why science tells us young kids freak out. By way of fleshing out the story I added Kathleen Hale’s admittedly weird tale and supplied a more reasonable approach to handling reviews, I’d penned ages ago.

In all this context Kathleen Hale without my saying so; appears to be immature, spoilt, entitled and maybe a little deranged. Without having ever met her, I can assure you she’s none of these things. What she is, however, is a fallible human being who allowed stress and pressure to pile up on her alongside a growing sense of resentment at what she perceived to be a deep injustice.

It was enough for her (and maybe for most of us should we let that happen) to lose her moorings to reality and completely lose sight of perspective.

Stress is a short-circuit of the brain’s complex neurobiology. Its first disruption takes place in the complex mechanisms of self control and self regulation. Neural circuits that are responsible for self-regulation can shut down when experiencing high levels of stress which then leads to behavior very much like Kathleen Hale’s in terms of unpredictable irresponsibility.

Hale is maybe a little unusual because her meltdown happened over something relatively trivial (at least to us) and so publicly (and then she owned up to it). But really unless we have learnt to harden our mind and put in place specific coping strategies such as self-awareness and self-talk (which psychologists call self-distancing) in order to de-escalate the sense of panic that rises as a direct response to perceived pressure and, maybe, a sense of danger.

The Goodreads Review left for Hale’s book was the trigger that set her off. Just like Marty McFly in “Back to the Future” loses it when he’s called “chicken”:

There are other things that can trigger most of us. The four-step process however that takes us from stimulus to action is always the same: 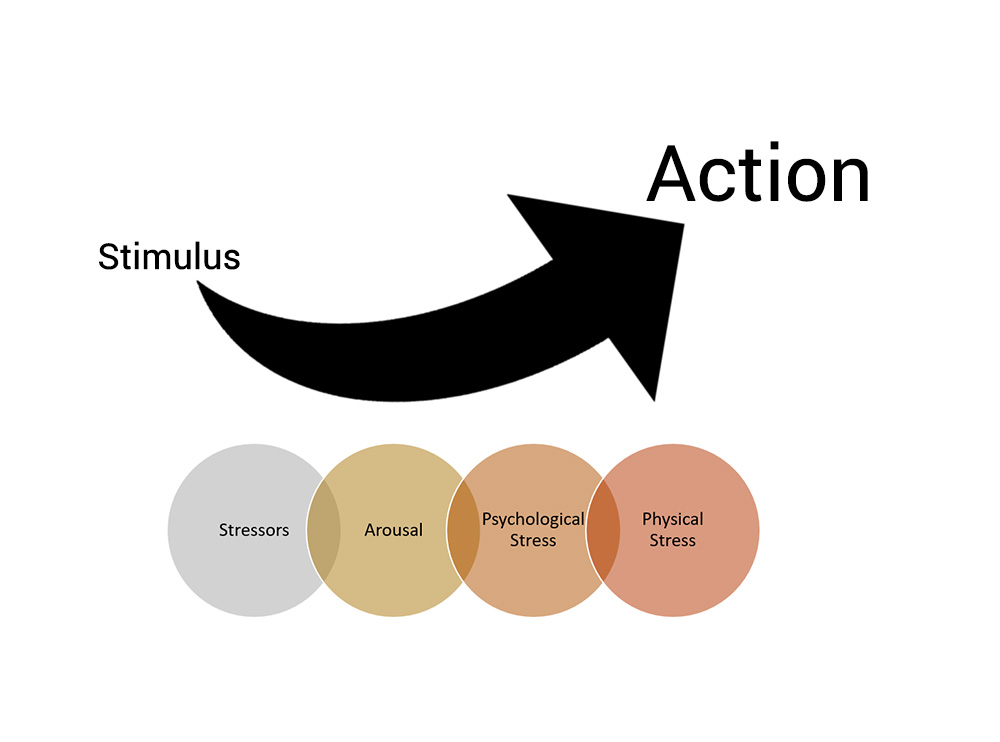 The neurobiology of stress, shows us that as the pressure we feel increases our physical, psychological and emotional processes are affected and our decision-making is compromised.

Here’s a truth: the world is now complex by default. It requires greater cognitive effort for us to navigate our way through it. That effort frequently leaves us with fewer resources to deal with the unexpected. As a result we’re more likely to be triggered, over-react and end up in a Kathleen Hale-like situation (maybe not quite as bad, but who really knows?).

If you haven’t yet worked your way through The Sniper Mind that details several techniques you can learn to apply and the context in which they can be most effective, here’s a quick guide to keep in mind:

These four, seemingly simple steps will go a long way towards ensuring you don’t become the internet’s favorite piñata and I don’t have to write about you as a cautionary tale.